You are here: Products & Services

The following list provides examples of studies we have performed:


The study was funded by the Deutsche Forschungsgemeinschaft. 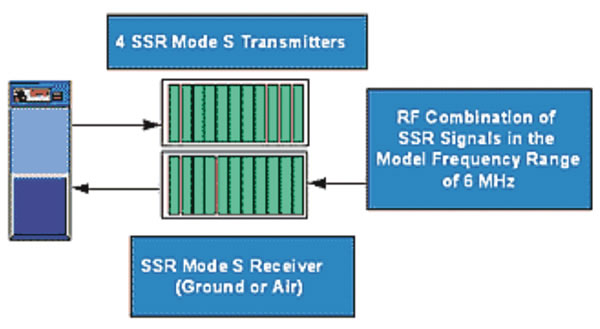 The objective of this study was to identify protocols and technologies enabling a cost-effective solution for a data network providing transparent transport and distribution of payload data to users. The study also addressed state-of-the-art communication principles for video conferencing, shared documentation handling and the exchange of both still images and motion pictures.

The study was funded by ESA

Several studies of technical aspects of Mode S RF-Scenarios have been performed. These include an analysis of the limiting effects of the interrogation rates of Mode S interrogators.

The study was funded by
EUROCONTROL

This study analysed the impact of introducing Mode S. A theoretical model was constructed to describe (i) the coupling between the Inter rogations of Interrogators and/or ACAS (ii) the Transponder occupation and (iii) the receiving Interrogator fruit. The magnitude of the modelled effects was calculated using spreadsheets.

The study was funded by
EUROCONTROL

This study analysed the capabilities and usability of Internet based tools and protocols for video conferencing, streaming video, data sharing, etc. with respect to telescience applications.

The study was funded by ESA